With the Covid-19 implementations having an impact on the real estate industry, we want to let you know that New Branch Real Estate Advisors are responding, and we are here to help.

We go beyond penning real estate transactions for our clients

Our company is built on a simple truth. Doing the right thing always causes remarkable outcomes for those we advise. We take our roles as advisors to mean that our responsibility goes beyond the mechanics of penning real estate transactions. Our purpose is to clear the way for well-informed, sound, decision-making for those who entrust us to guide them in their commercial real estate ventures.

We create clarity for our clients in commercial real estate.

At New Branch Real Estate Advisors, our culture is deeply rooted in four core values that drive what we believe and how we behave. These values are what makes us, well, us.

At New Branch Real Estate Advisors we are:

Our clients can count on us to be on their side every step of the way.

When we’re called upon to help people explore and achieve their commercial real estate goals, we jump in completely and remain steadfast throughout the journey. We leverage our extensive local market knowledge and experience, and we respond with the level of urgency and care our clients deserve. In doing this, we form lasting relationships.

We anticipate, we imagine, and we craft masterful solutions.

There is no secret formula for achieving commercial real estate success. The market and economic conditions change constantly, and every client’s needs call for creative thinking, quick response, and astute navigation. We look ahead, anticipate what’s around the corner, consider traditional and non-traditional options, and advise accordingly.

We do the right thing without question.

Every client’s request for guidance is a vote of trust and confidence that we have to earn every day. We believe in straightforward talk and setting realistic expectations, and never, ever compromise a client’s ability to achieve success. Doing the right thing comes naturally for us, always putting our clients’ financial success front and center. This is our fiduciary duty, and we take it seriously.

We work wonders together.

We acknowledge that as individuals we bring diverse skills, knowledge and perspectives to the commercial real estate challenges we encounter. We also know that collective thinking and teamwork are more powerful than going it alone. Our culture and our success call for mutual support of each other, our industry partners, and the people who depend on us. 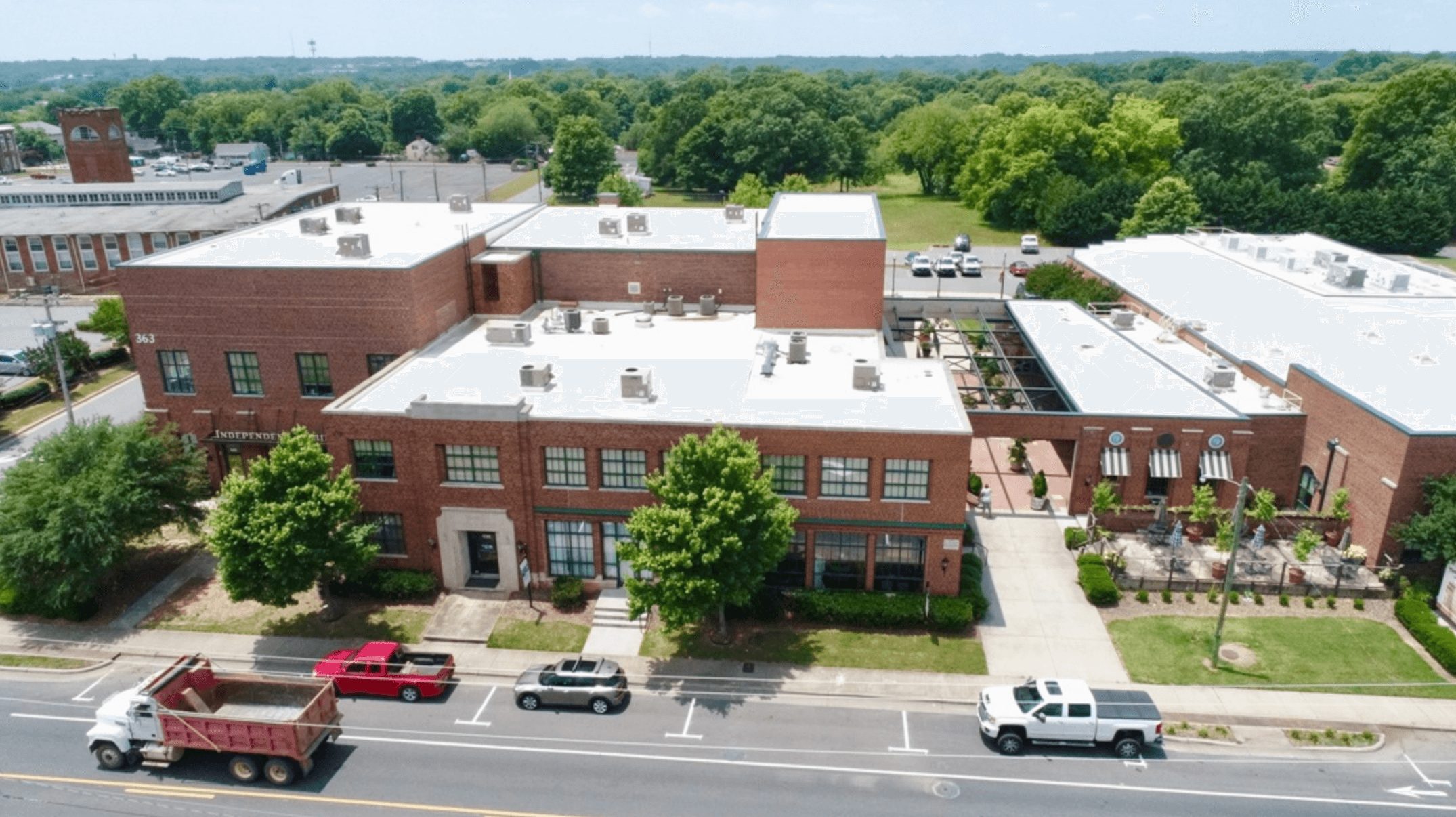 Our story is one of determination, resilience, and creative problem-solving. Harris Morrison, a Concord native and energetic entrepreneur, channeled his passion for real estate and enhancing the built environment of his home community and launched the Harris Morrison Company in 2006.

Working independently as sole operator and owner, Harris began his first building development, from repurposing an the old Cabarrus Creamery and Coca Cola bottling facilities and fashioned into a first-class office and retail space called The Old Creamery in Concord.

As his commercial real estate reputation and business grew, in 2008 he recruited Mark Hermans, a real estate broker with experience not only as a broker but also as a former owner of a title insurance and mortgage origination company.

While many real estate firms were forced to shutter during the Great Recession, the Harris Morrison Company weathered the storm, and later brought on Doug Donia. Doug had been a 20-year veteran of retail giant Staples, Inc. in supply chain and logistics and was a commercial real estate investor himself. He had the opportunity to work with Mark and Harris on leasing a building, secured his real estate license, and joined Harris Morrison as a broker in 2012.

Our company continued to prosper, firmly establishing our place as one of the premier commercial real estate companies in the Concord/Cabarrus and adjacent county area. With this growth, our staff grew to add brokers and administrative staff and a formal, equal partnership was formed between Harris, Mark, and Doug. Our company was re- branded and re-launched as New Branch Real Advisors in May, 2017.

In August, 2019, we purchased and moved from the Old Creamery to a new office building in Concord. Located in the International Business Park of Concord, this move marks yet another milestone in our story, and will accommodate our continued growth and expansion in the greater Charlotte region.

We’re proud to present the members of the New Branch team. Each brings his or her unique set of talents, experiences, and perspectives, and perhaps most importantly, they embody the core values that our company is founded upon.

At New Branch, we’re a family. A family of people who are motivated to help other people realize their dreams—clients and employees alike. Our current openings are listed below, but we’re always looking for talent, so reach out with your resume and cover letter through info@newbranchre.com!

“One of my primary goals is to become a very attractive place for real estate agents to want to come and work and grow their business and to give them the resources, brand name and the platform to go out and to be very successful in the brokerage and property management business.”

New Branch Real Estate Advisors is a commercial real estate company providing brokerage and property management services to the greater Charlotte region, with a particular expertise in the Concord/Cabarrus community.